A man in a fox mask invades the abandoned city to help girls from a mysterious phenomenon called “Wolf.”This is a stealth action game where you hide from the wolves on every stage. You then use gimmicks to defeat the enemy and proceed.

No text appears during gameplay. You don’t need to know a particular language to play.
※ The title screen and menu are exceptions. 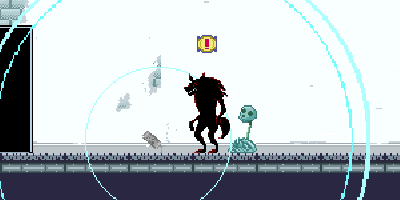 Essentially you can’t fight a wolf head-on. Hide behind or in objects first, then you can kill the wolf with a chain from behind.
You can also get special bullets by killing wolves with the chain. You can use those bullets with a gun. However, many enemies will be wary of the firing sound.
If the enemy is vigilant you will be spotted even if you are hiding behind objects, in white smoke, and so forth. It is necessary to think about the situation before firing.
In addition you can successfully hunt wolves by tossing cans to guide them, turning on lights to blind them, using gimmicks set up on a stage, etc.
Wolves have a weak sense of smell and poor vision, but you can still be found if you are within their sight.
The player turns to stone if spotted by a wolf and must restart the stage. 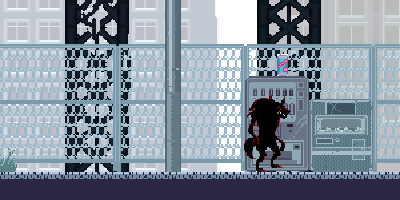 One of the mysterious phenomena. The vague existence is told in the folktales of this country. It is rumored that the ancient wolf god ate human flesh and fell into evil.
They wander the dark nights, catch women and children, and take them to the abandoned city to eat.
Unlike the animal, the wolves have a weak sense of smell and poor eyesight. Instead they have cursed eyes, called evil eyes, that can turn humans to stone.

A Man With a Fox Mask

A mysterious man who happened to be there when the girls were kidnapped.He can jump about 10 meters.
Ninja? Are you a ninja? Oh no. 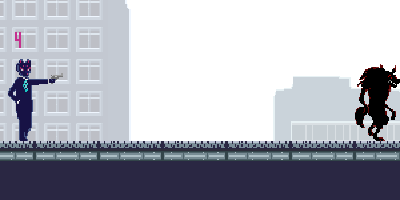 The wolf’s body is ambiguous, and physical attacks have little effect.
However, by mixing fang powder from the wolf’s carcass into a silver cartridge, the wavelengths of bullet and wolf come closer and damage will occur. 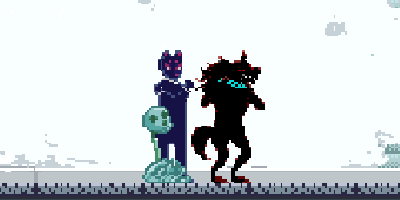 A blue chain carried by the man with a fox face.
It has been carefully purified over many years in a sacred place.
It can physically interfere with vague and disturbing beings.